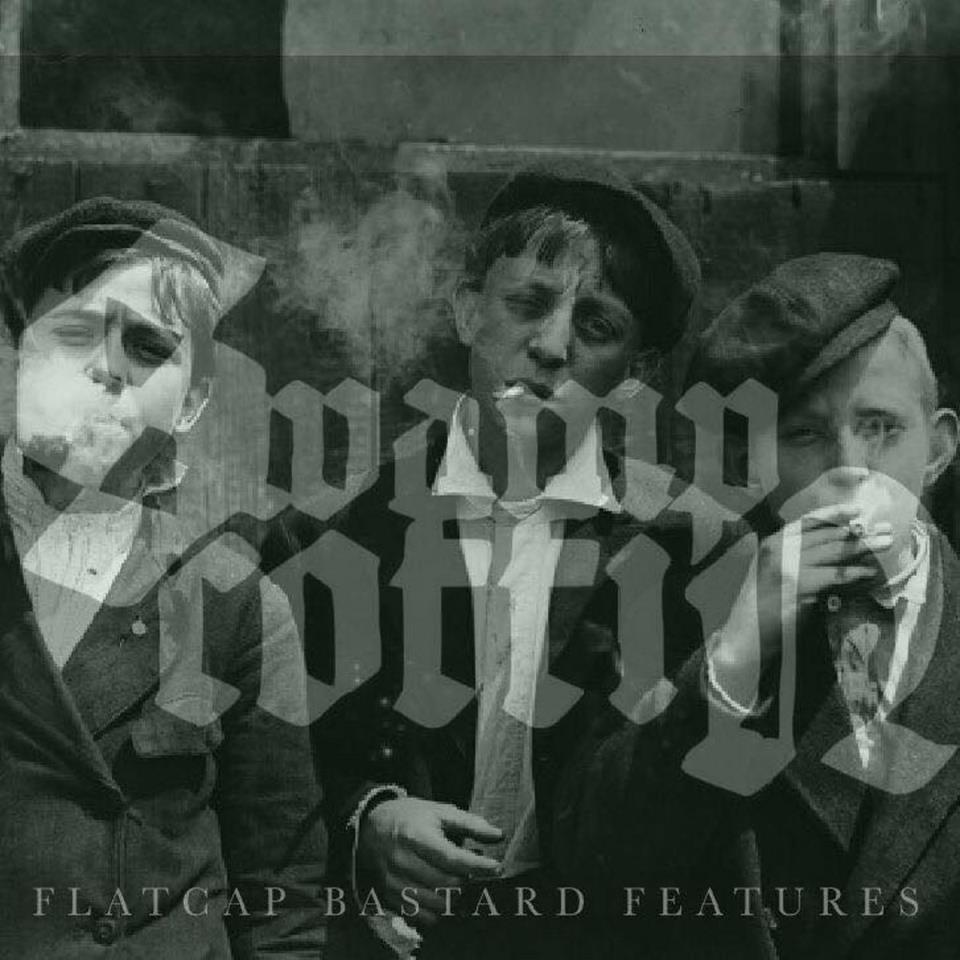 Musically rooted in 90’s NOLA sludge but with strong nods to Sabbathian groove and even death metal elements, Swamp Coffin have forged their own nasty, uncompromising sound. “Flatcap Bastard Features” was conceived during a testing time for vocalist/guitarist Jon Rhodes whose brother-in-law was tragically killed in a car accident in October 2016 and 9 months later watched as a large part of his home burned down in a house fire, leaving him and his family homeless and living at a caravan site for 6 months. Suffering with mental health issues and in need of some catharsis, this manifested itself into four crushing tracks clocking in at just under 34 minutes, combining personal lyrics with hard-hitting riffs and grooves.

"34 minutes of deeply upsetting, joyfully morose and dark, dank slices of life liver into a soup of primordial sludge metal that is one of the best things I have heard this year." - Ave Noctum

"Even by the standards the NOLA inspired slow and heavy school of sludge, Flatcap Bastard Features is an ill-tempered record. The debut EP from Swamp Coffin is 34 minutes of utter rage and misery, with tar-drenched riffs and throat-shredded vocals in abundance, coming across as if Eyehategod had formed in Yorkshire." – Astral Noize

"It’s highly enjoyable and thoroughly recommended, and it will keep you on the edge of your seat for the whole thirty four minutes". – Planet Mosh

"It’s a great EP that will certainly by challenging for a spot in my end of year lists. Recommended for fans of Crowbar, Down, Black Sabbath and Electric Wizard, this should prove a good acquisition to a fan of doom, sludge, drone or similar genres." - Uber Rock

"As a riff-heavy, balls-to-the-wall sludge debut, this leaves a powerful first impression." – Now Then Magazine

1. Blood In The Water

4. Last of the Summer Slime 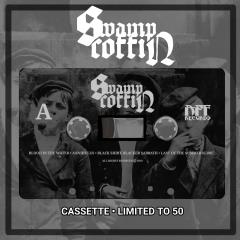 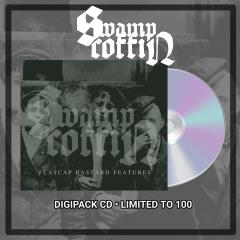 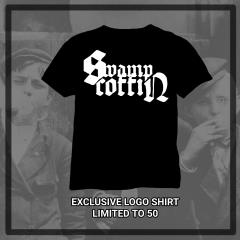 Please note: this t-shirt will be printed to order, especially for you. Turnaround from order is 1 to 2 weeks. Gildan Heavy black t-shirt featuring Swamp Coffin logo on front breast panel. Comes with digital download code for Flatcap Bastard Features.