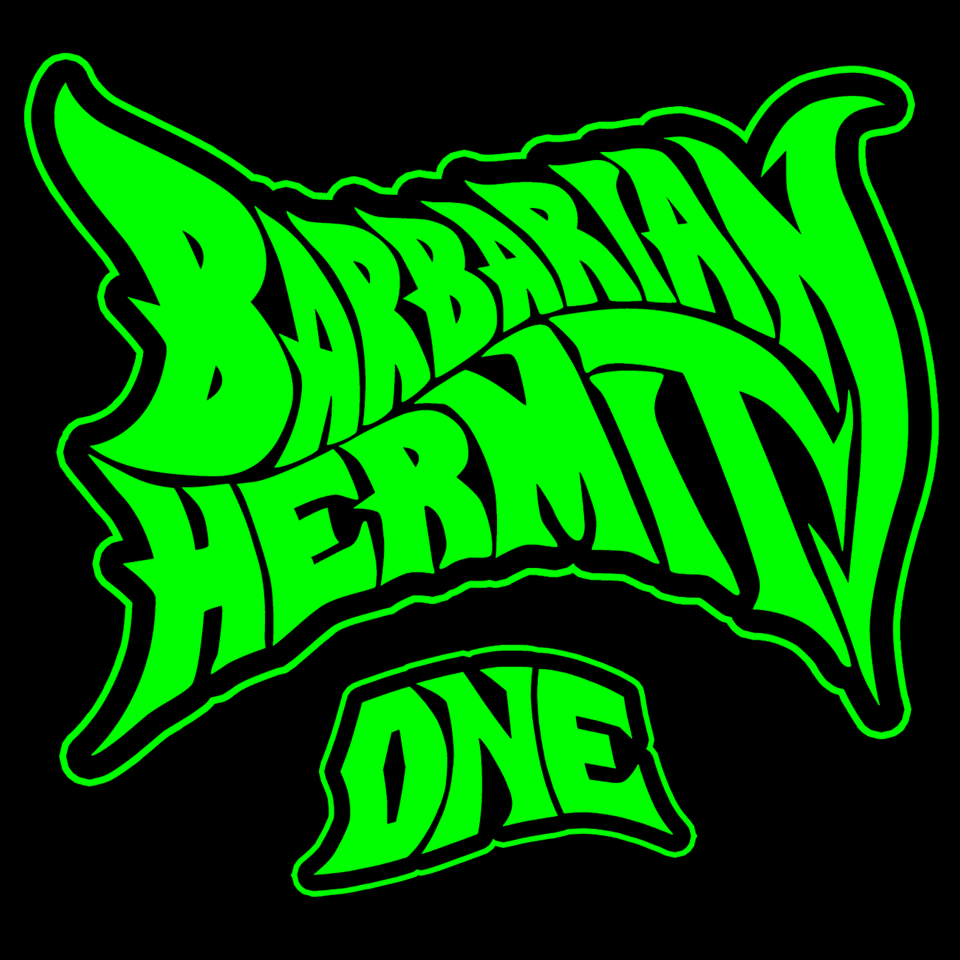 Hailing from Manchester, UK, Barbarian Hermit released their most recent album 'Solitude and Savagery’ in 2018 on APF Records. Playing a heady mix of downtuned, fuzz-laden guitars they kicked out some of the raunchiest riffs in rock over elephantine grooves, the band created a sound that is as irresistibly catchy as it is crushingly heavy.  Working with the legendary Chris Fielding at Skyhammer Studios, Barbarian Hermit’s 'Solitude and Savagery' bared seven bruising tracks of pummelling groove metal that smouldered with swampy rawness and feral energy.

Now in 2021 Hermit are set to reissue their 2016 debut album ‘One’ on 29th January via APF Records. This version, remastered by Chris Fielding available on CD & digitally boasts an additional track, the previously unreleased, 9-minute, sludge-doom epic, 'Through The Periscope of the Deadly Sub’.

Adam Robertshaw (guitars) comment, "’Through the Periscope of the Deadly Sub' is one of the first songs we wrote and also one of the heaviest so it's great that it's finally getting the release it deserves. The song was inspired by a nuclear submarine and Chris Fielding has really captured that same devastating power and sense of claustrophobic dread on his remaster.”

‘One’ saw Barbarian Hermit finding their sound. While some may have called it stoner or doom or sludge, put simple it was is straight up riffage, unconstrained by any of the tropes the underground scene gravitated towards. With it Barbarian Hermit sharply proved themselves capable of cranking out neck-aching belters from start to finish.

‘One’ was the first release from the band to feature vocalist Simon Scarlett who left in 2017, only to re-join in mid-2020 replacing Ed Campbell.

Barbarian Hermit line-up on ‘One’:

A bespoke, unique item. Limited edition of 50 individually tie dyed Gildan Softstyle t-shirts featuring Barbarian Hermit logo on the front. Each t-shirt is different, meaning yours will look like no one else's. Comes with One on CD in 4-panel digipak and Barbarian Hermit sticker. 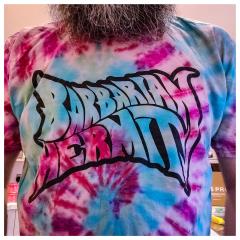 A bespoke, unique item. Limited edition of 50 individually tie dyed Gildan Softstyle t-shirts featuring Barbarian Hermit logo on the front. Each t-shirt is different, meaning yours will look like no one else's. Comes with digital download code for the album and Barbarian Hermit sticker. 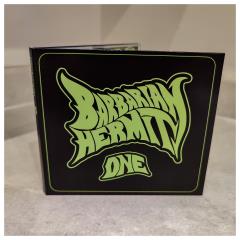 One on CD in a 4-panel digipak, cello-wrapped. First 100 come with a Barbarian Hermit sticker. Featuring artwork by Will Hart of Subliminal Vision. Strictly limited edition. Comes with digital download code.