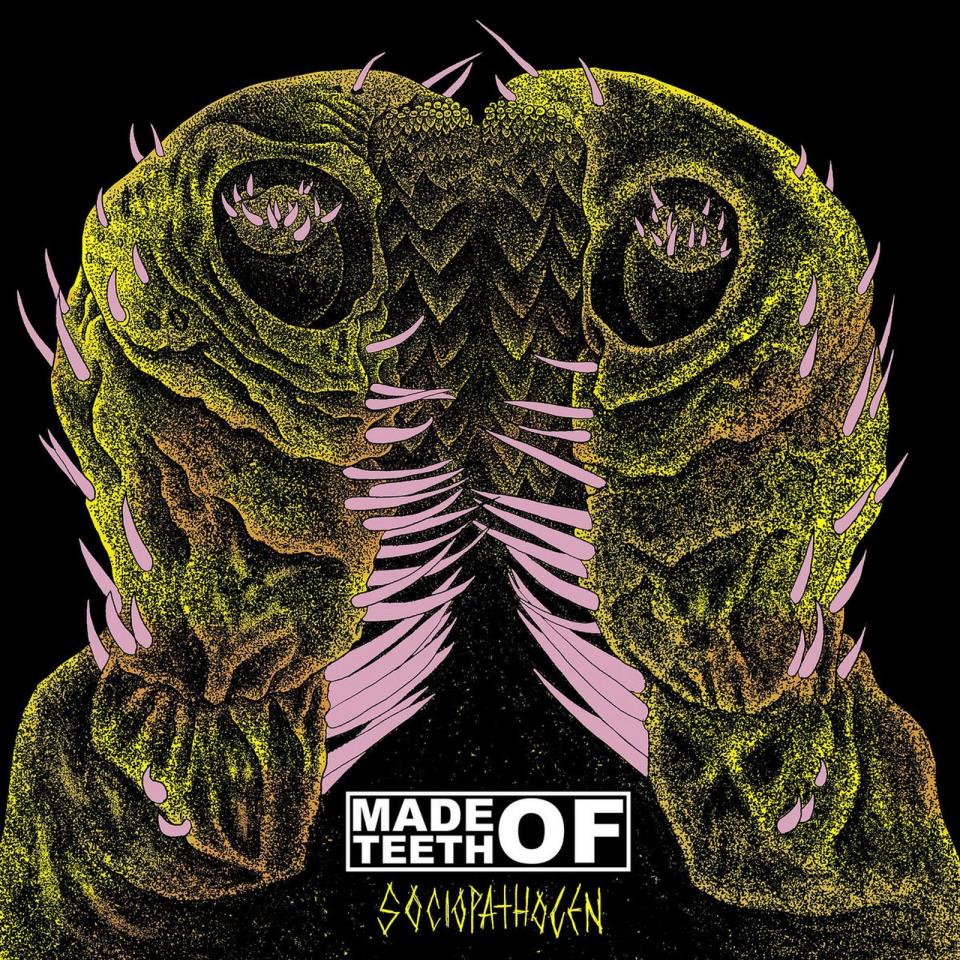 2022 marks the much-anticipated return of Welsh noise punks MADE OF TEETH with their third album, and first for APF Records, SOCIOPATHOGEN. Following on from their 2017 self-released eponymous debut, and 2019’s Wealth And Hellbeing (Everybody Loses Records), album three is a game-changer: the most 'live' feeling and extreme record the trio has made thus far. Produced by Gethin Woolcock (Prosperina) in south Wales, it features 11 new tracks of punk fueled, abrasive noise rock.

Formed in 2017, the band features ex and current members of Taint (Rise Above Records), Spider Kitten (Undergroove Records), Obey Cobra (Box Records) and Lacertilia (Red Sun Sounds) and has become renowned for their furious and crushing live shows since their formation.

The trio utilizes a heady mélange of straight up punk, sludge, metal and 90's worshiping noise rock, all with an experimental and progressive twist which they’ve honed and owned over the last five years.

Having played shows with the cream of the UK heavy scene, as well as a bunch of lauded support slots over the years with the likes of Today Is The Day, Big Business, Bongzilla and Eyehategod, Made Of Teeth have ploughed everything they had into making this new record.

In amongst a million lockdowns they’ve pushed themselves to the edge of their own creativity and beyond, which will come across to the listener via every off the wall riff and thunderous beat on this non-stop ride of a record... when you press play you’ll be peeling your brains off the wall 30 minutes later. We can’t wait for you to hear it!

All music and lyrics written by Made Of Teeth. 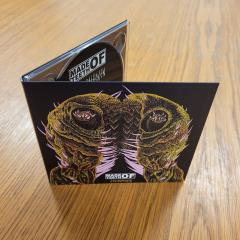 Sociopathogen on CD in a 4-panel digipak with art by Gareth John Day. 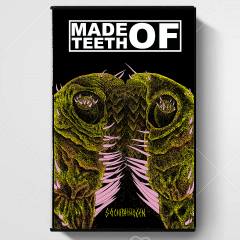