Possessor - The Speed of Death 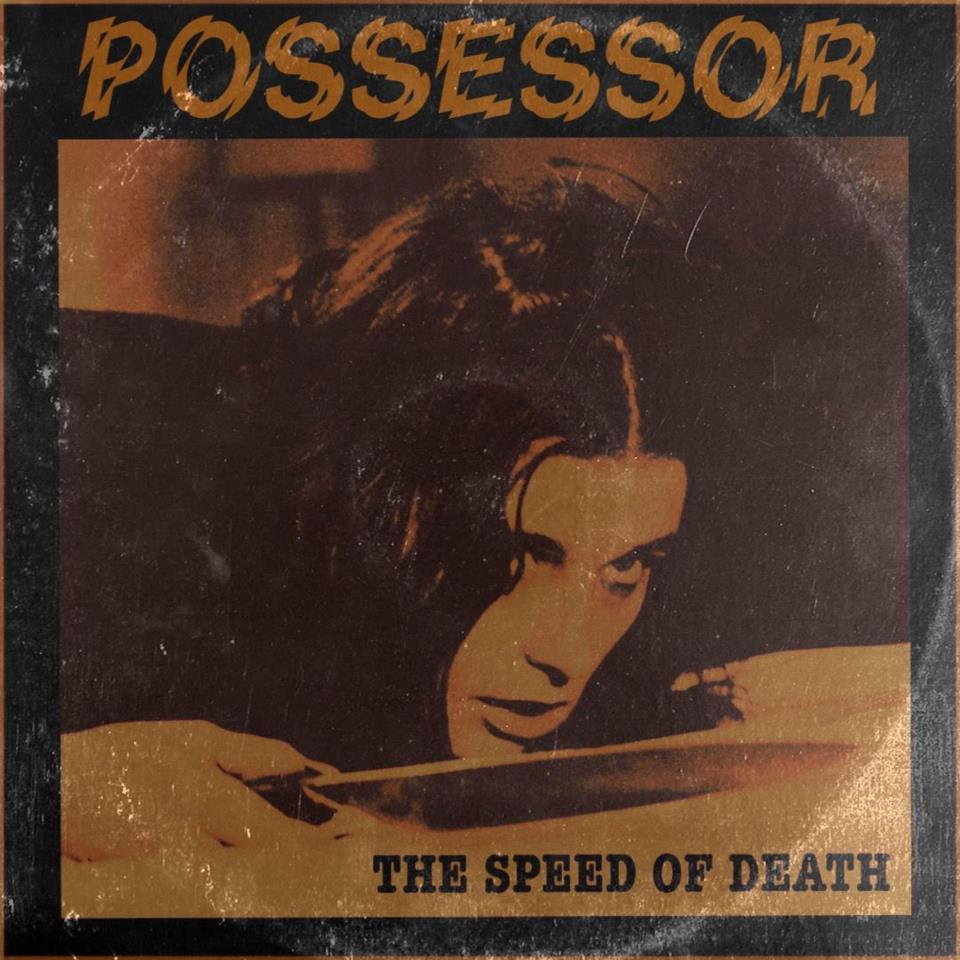 Hopped up on horror and forged in the fires of hell comes the raging new EP from the 3-headed proto-metal beast that is Possessor: SPEED OF DEATH will blow your January blues away. With ripping amps about to blow, a barrage of overdriven bass attack and pile-driver drums from beyond the grave, this mausoleum of riffs and madness will take your soul and wake the dead. A short spiky dose of horror drenched metal awaits those brave enough to enter this twisted realm between life and death.

Following shows with the likes of Conan, Black Moth and The Shrine, 2019’s APF Records-released album Gravelands album cemented the London band’s reputation as a heavier-than-hell primitive force to be reckoned with. High praise printed in both Kerrang! and Zero Tolerance along with a swarm of worship online, Possessor returned to Bear Bites Horse Studio in 2020 to shake the foundations to the ground once more. The result was 2020’s Damn The Light record, written entirely from the band’s homes during the Covid-19 lockdown shituation and only rehearsed via phone videos and voice messages. More concise, complex and epic than previous albums, Damn The Light was doused in a refreshed and refined energy, thanks in no small part to the introduction of new drummer extraordinaire Nathan Perrier (11Paranoias, Satan’s Wrath, Capricorns) into the witch’s cauldron.

Now in 2022, and after eight long years together, the coffin lids close and as the dust settles POSSESSOR have decided to call it day. They leave one final parting gift; a blood-dripping middle finger in the form of THE SPEED OF DEATH. Four songs that will keep you up at night and make you prey you’re not dead by dawn. Inspired by the end of the world and the decay of humanity, but injected with the bands usual humour and a knowing nod to all the masters of metal and horror that came before them, one or two members may rise from the grave so keep an eye out for the next chapter…

The final Possessor EP. Written and deranged by Possessor.
Recorded, mixed and mastered at The Cro's Nest by Sam Thredder, Autumn 2021.
Paura recorded at home and mastered by Dan Dolby.
Backwards vocals on Twisted Nerve Endings by Lisa Bywater.
The Reverend John Banner appears courtesy of the Church of England.
Cover stuff put together by Graham Bywater. Layout by Dominic Sohor.
Dedicated to Mark Keds and Malcolm Dome. 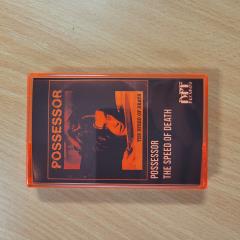 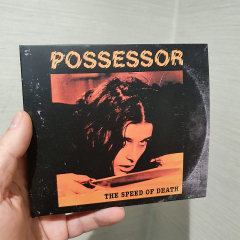 The Speed of Death on CD in a beautiful 4-panel digipak with insert, cello-wrapped, designed by Graham Bywater with layout by Dominic Sohor. 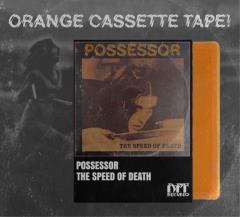 The Speed of Death on orange cassette tape. Limited edition of 50. Stunning j-card designed by Graham Bywater with layout by Dominic Sohor, in clear plastic case.