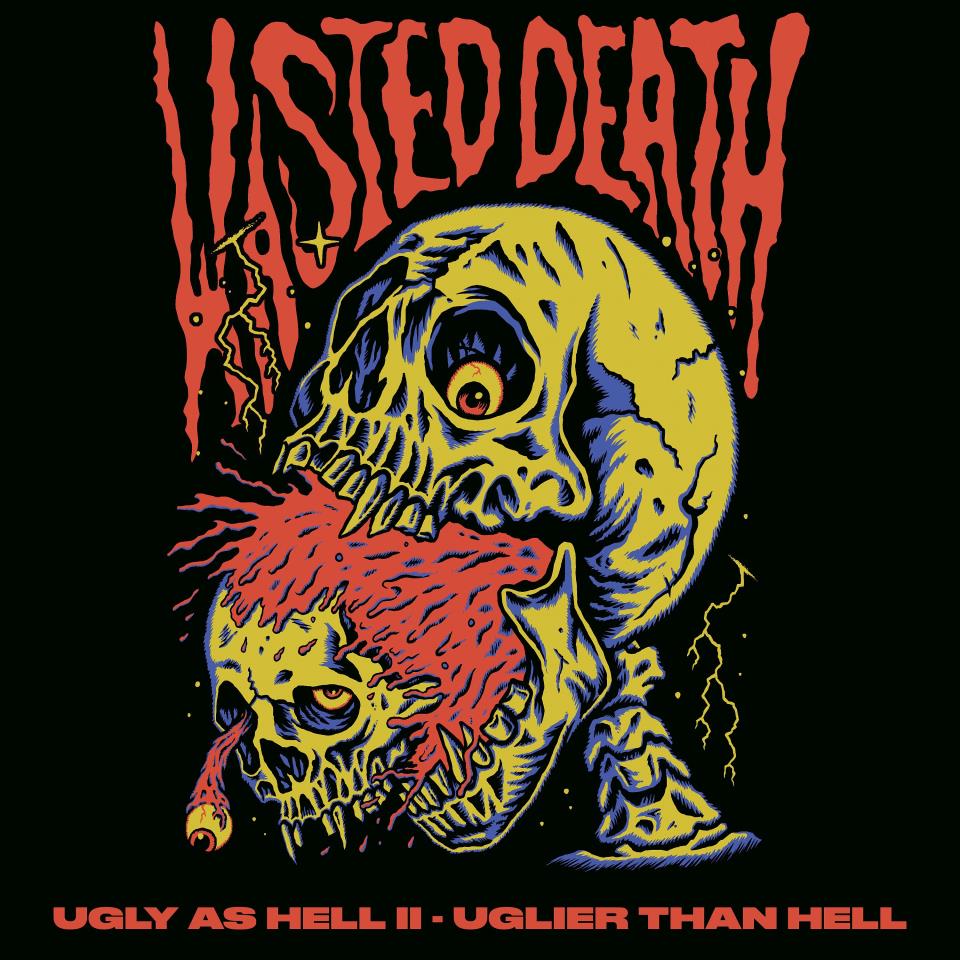 Landing just four months after their debut EP Ugly As Hell (released by APF Records on 9th April), Charlie Davis says: “We reckon we’ve done it again on Ugly As Hell II: Uglier As Hell. The strings are all tuned to the same note, the drums are barrelling past at semi-legal speeds and the vocals are popping veins left right and centre. It’s another great big slap in the chops.

This time we’ve ramped it up and broadened the influences. It’s our thrashed-up, snot-nosed punk/metal vibe, landing somewhere between Extreme Noise Terror and Converge and the Melvins, but this time the energy levels are cranked, the contempt is as virulent as ever and the tunes go in even weirder directions. Whether it’s injecting some High on Fire barbarism or some mean Amphetamine Reptile-style angularity, things here have developed into a more interesting beast with a more varied set of influences while retaining the same bat-shit wildness that makes Wasted Death what it is.

Wasted Death play their first ever live dates this autumn:

“This EP has everything; perfect instrumentation, vocals and production. Bringing something new to the table, and showing that genres have no bounds, Wasted Death are a name to watch". – DISTORTED SOUND

“Grind fans, Noise fans, Hardcore fans, Punk fans. You will all find something to enjoy here. Wasted Death take approximately 13 or so minutes to cave your cranium in but it’s the best 13 minutes you will experience in 2021.” – MASS MOVEMENT 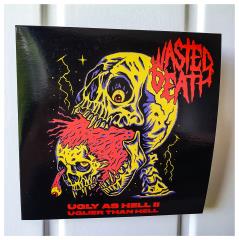 Uglier Than Hell on CD in a single card sleeve, cello-wrapped, featuring art by James Wilson Illustration. Comes with digital download code for the EP. 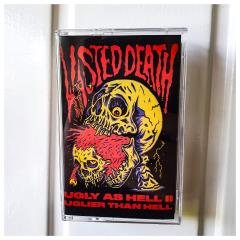 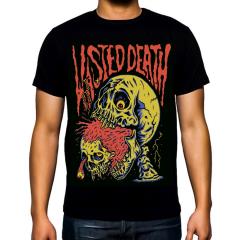