Indica Blues - We Are Doomed 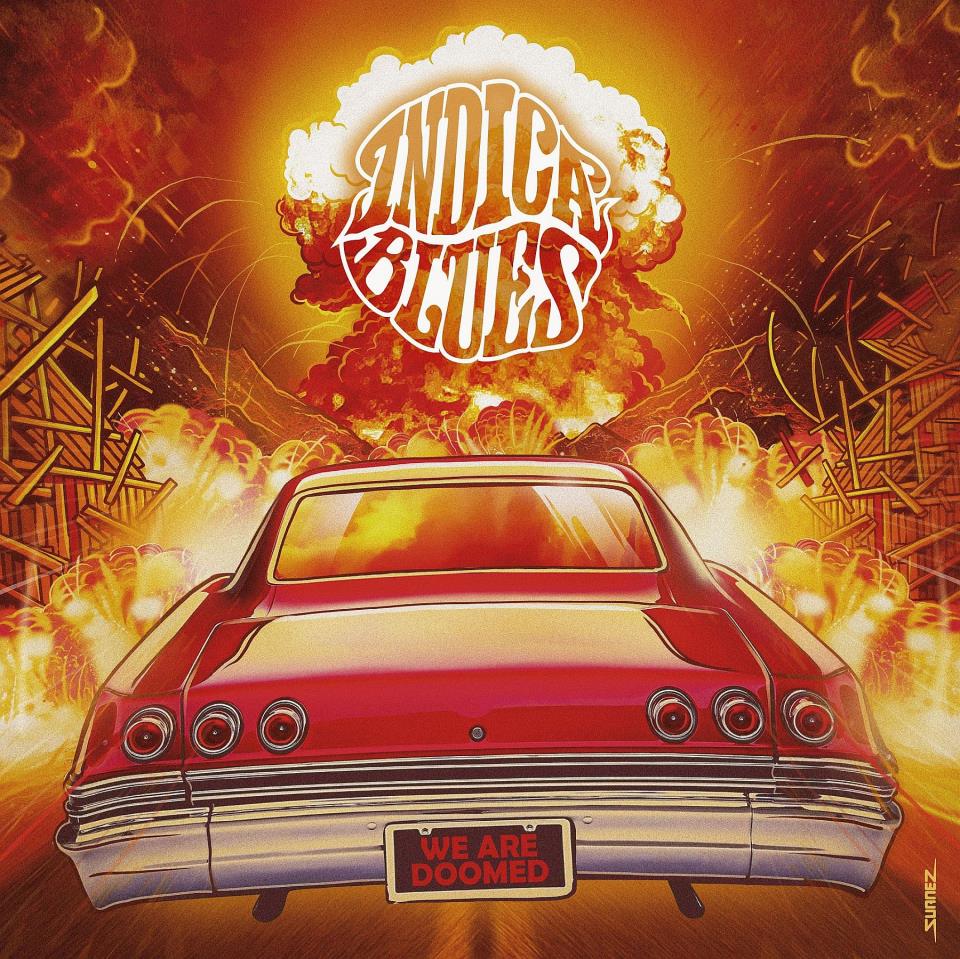 Indica Blues are a four-piece psychedelic doom band from Oxford, U.K. Once described as ‘bong filling rock that is platinum heavy, but blessed with a melodic sensibility underneath it all,’ the band’s unique sound has garnered fans across the world since their formation in 2014. They have gigged with stoner rock luminaries such as Elder, Samsara Blues Experiment and Mars Red Sky.

Indica Blues began life with the four track EP ‘Towers Rising,’ released by guitarist and vocalist Tom Pilsworth. Tom joined forces with John Slaymaker (previously of U.K stoner underground legends Caravan of Whores) and the pair recruited Andrew Haines-Vilalta and Ed Glenn on drums, releasing the ‘Ruins on the Shore’ EP in 2016.  Featuring eye popping art work from Brazilian graphic artist Cristiano Suarez, the record was in the top 5 Bandcamp bestsellers in the categories of Doom and Stoner, and no.1 in Desert rock. It was picked up and played by alternative radio stations across the world, and listed within 2016’s Doom Charts.

Rich Walker replaced Ed Glenn on drums, and a debut album ‘Hymns for a Dying Realm,’ was released in 2018 to further underground acclaim. In 2020 the band announced they had signed to APF records and will release a second album, ‘We Are Doomed’ in 2021, with Cristiano Suarez once again lending his unique artwork.

APF records stated: “let us tell you now, it's huge. Recorded by Steve "Geezer" Watkins at Woodworm Studios and mastered by Tim Turan at Turan Audio, it delivers on the promise of being their most massive sounding release to date, with chunkier riffs, groovier hooks, wider ranging vocal stylings and more ethereal melodic deviations than have come before.

5. The End Is Calling

MEDIA PRAISE FOR WE ARE DOOMED:

"A blinding record that shines with style, cinematic soundscapes of destruction and subtle genre dynamism... the perfect soundtrack to climb into a speedster and drive full throttle into the violent heart of the nuclear apocalypse". – NOIZZE (9/10)

"The band lay down bluesy, fuzzy riffs that would make ELECTRIC WIZARD pay attention with the swagger of QUEENS OF THE STONE AGE... building a trance-like atmosphere all the while even when there’s a solo ripping over top". – DISTORTED SOUND (8/10)

“It’s like early SOUNDGARDEN crossed with latter-day ELECTRIC WIZARD… Indica Blues have taken a huge stride forward with this release.” – THE SLEEPING SHAMAN

“Within a journey that inevitably takes us to the doors of the definitive apocalypse, Indica Blues creates the final symphony of your last seconds of life, in this story full of hopelessness, anguish and inner fears, traveling on the crest of the wave under the storm of a riff that fits perfectly.” – LA HABITACION 235

"A monumental and epic album, its seven songs are a nihilistic statement that bewitches us with its magnetism and hits us with its heaviness" – DENPAFUZZ

"There’s a strong compositional skill within this band, especially when it comes to producing their searing wall of sound. Saying it’s heavy goes without saying." – THE SOUNDBOARD

"Seven resplendently loud marvels to knock us clean off our feet, not unlike sonic booms from wars past... the perfect concoction for the shindig to end all shindigs." – THE MOTORFUZZING IBEX

"Their sounds sits somewhere between Sabbath, Electric Wizard, Kyuss and Fu Manchu, drawing on each as influence but adding their own twists and variations to every element... its sitting in the top 5 stoner/doom releases of the year for me." – CAVE DWELLER MUSIC

"The 7 often labyrinthine tracks on this sophomore record really up things from the debut... Pack that bong, turn up the volume and press play. Yes We Are Doomed, but let's go out with a bang. 8/10." – MUSIPEDIA OF METAL

"These songs demand to be stuck on the stereo as you hit the road (or bong) for a trip into the hopeless unknown... riffs that would do Electric Wizard proud." – KERRANG!

"If you miss the good old days where bands such as Black Sabbath, Kyuss and Fu Manchu ruled the roost, Indica Blues are here to answer that call." - OUTLAWS OF THE SUN

"This four-piece are all about fuzz and bluesy psychedelic riffing tinged with a rough garage band aesthetic." - METAL HAMMER

"Indica Blues has a rhythm section that brings the beats to have fists pumping whilst the six stringers deliver riffs of Iommian stature and wailing solos to have air guitarists working up a sweat." - AVE NOCTUM

"Indica Blues love of the riff is all-encompassing. It isn't all sludgy heaviness, they understand the value of a solid melody too." - POWERPLAY 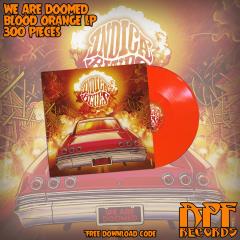 We Are Doomed on 12" orange vinyl in 3mm spined sleeve with printed inners, cello-wrapped. Limited edition of 300. Comes with digital download code for the album. 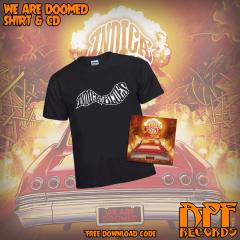 We Are Doomed on CD in 4-panel digipak plus Indica Blues t-shirt and sticker. 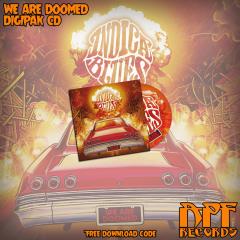 We Are Doomed on CD in 4-panel digipak, cello-wrapped. Comes with digital download code for the album. 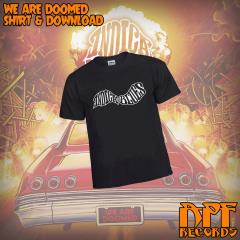 Indica Blues t-shirt plus digital download code for the We Are Doomed album.