Mastiff declare themselves to be “a miserable band from a miserable town”, and you can’t really argue with that, as they’ve been spreading their misery exponentially outwards since 2013.

In that wretched part of the Venn diagram between sludge, grind and hardcore stand Hull’s Mastiff. From their very inception, the quintet's sound has been an exercise in desolation as much as an outlet for musical discovery; their unique musical howl throwing an icy spear of disdain through every track.

This penchant for the most melancholy edges of melancholy has infested every release, with Jim Hodge’s pained growling serving a large part of the gloom into our eardrums. Wrank, the band’s first full-length, released in 2015, is intentionally unpleasant, which can be heard in the tinnitus inducing second track ‘Earplugs’, which does everything it can to screw up your hearing besides ram a screwdriver into your eardrum.

Their two releases for APF, BORK [APF005] from 2017 and their second full-length - the deserved captor of the “APF666” trophy - 2019’s Plague [APF666] do yet more to cement Mastiff’s reputation as nasty, nasty purveyors of absolute filth; the latter especially, a blisteringly bleak concept album centred around the Black Death - not that you would expect anything else. Consistently jarring over a troubling 30 minutes, it’s an album that stays with you, whether you want it to or not.

As long as Mastiff are throwing riff bombs in your face, you'll never be far from despondency. Their new album Leave Me The Ashes of the Earth was released by E.One Heavy on 10th September 2021. First single Endless was released on streaming sites 10th June 2021. Buy the album from this link: https://mastiff.lnk.to/leavemetheashesoftheearth 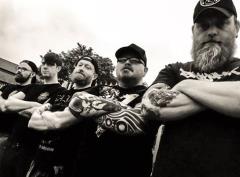 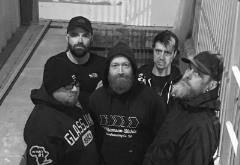 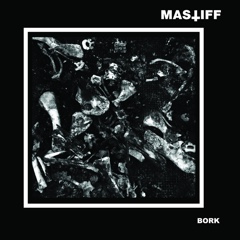